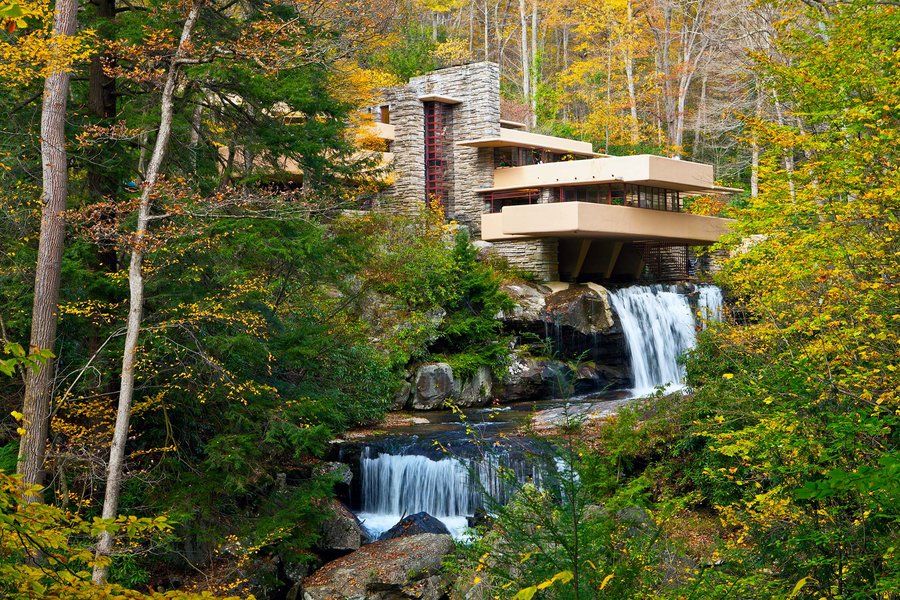 Organic design is a style of product design that takes as its starting point organic, flowing natural forms. Undulating lines, dynamic curves, and powerful arches stand in contrast to the geometric, functional style as represented by functionalism.

Organic style of interiors uses natural elements for creating individuals designs by minimal use of man-made materials. A natural decorator should know the natural elements available for sale and in nature, you can use to exchange individual, synthetic decorators. It will probably be difficult for usual indoor decorators to go to eco-friendly interior decorators.

Organic architecture emerged in different countries at the beginning of the 20th century. The concept of organic architecture was born from different styles such as Nouveau, Functionalism, and Constructivism. The pioneers of this direction drew inspiration from principles derived from living nature. 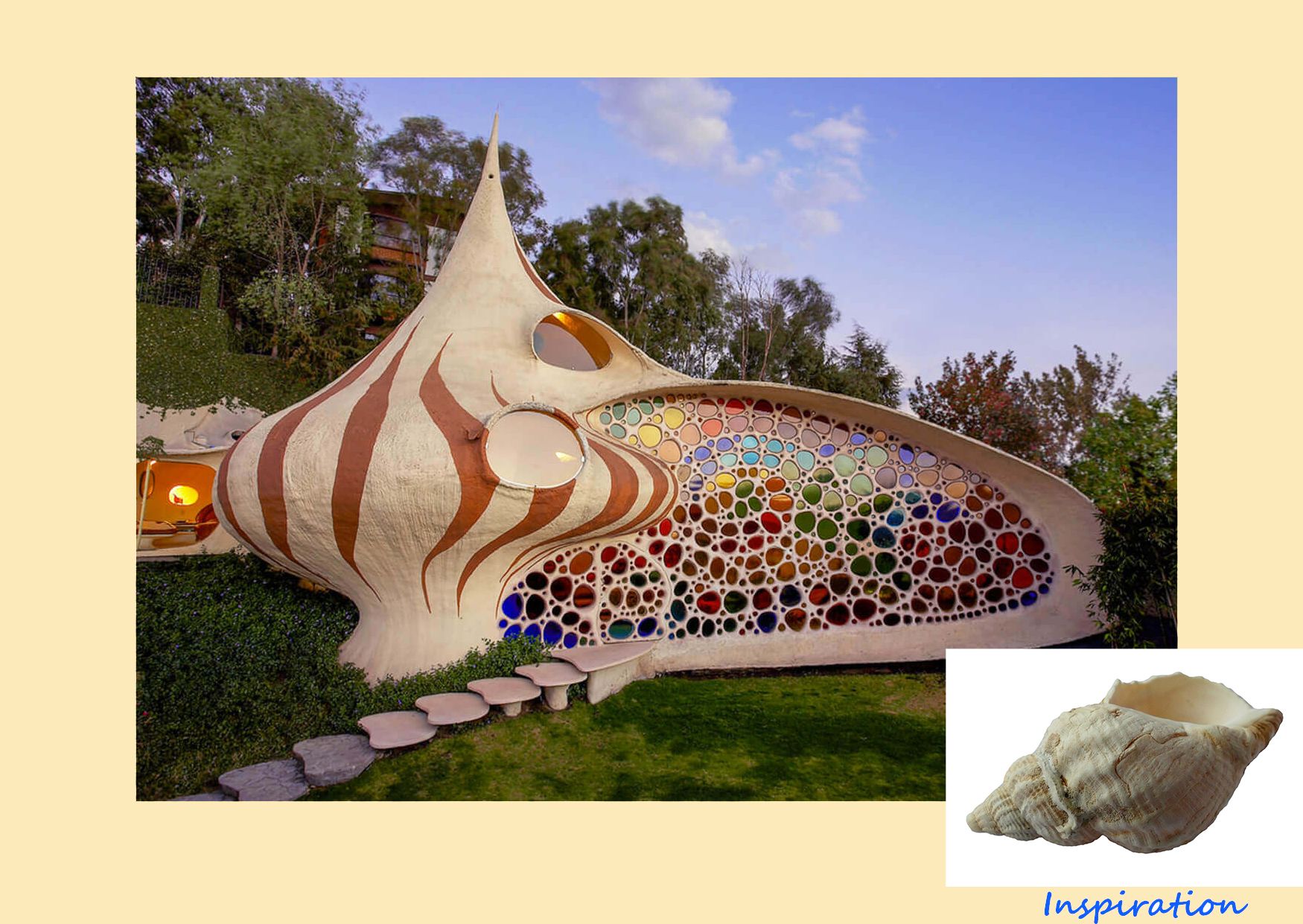 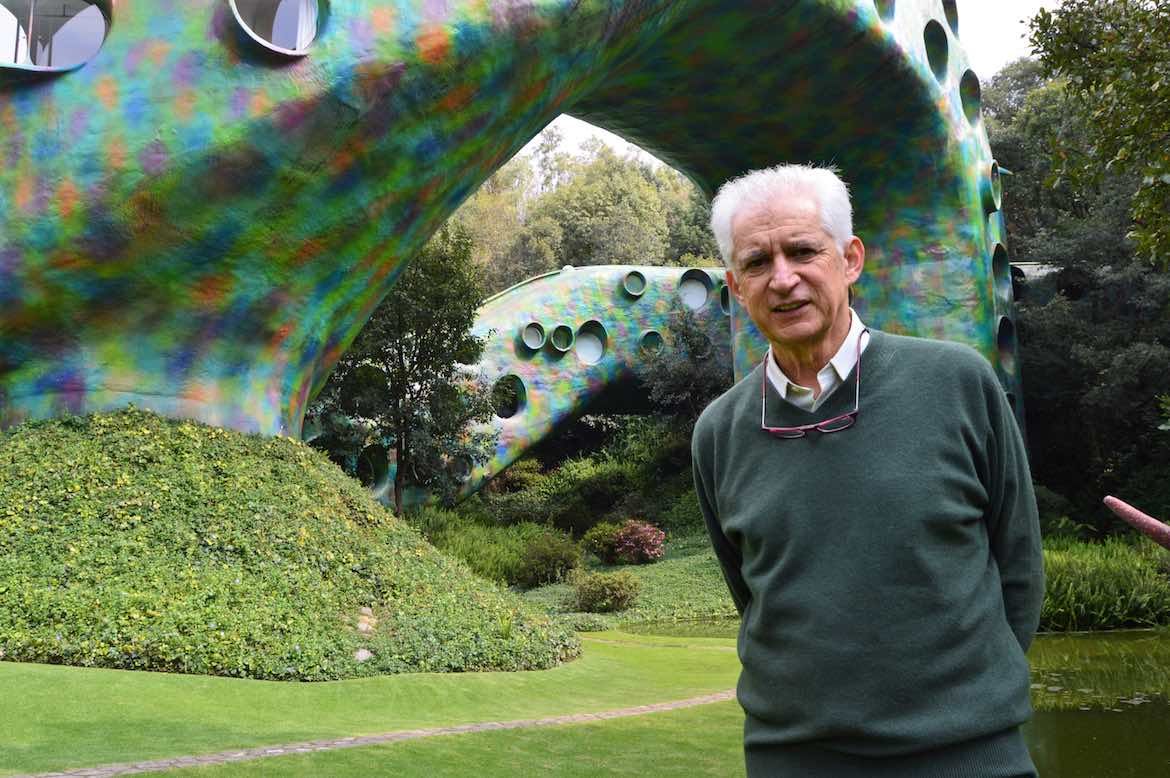 This whimsical near Mexico City, Design takes forms of aquatic life to architecture. The Nautilus House, designed by Mexican architect Javier Senosiain Organic Architecture, combines modern architecture with contemporary art and belongs to the category of “organic work” of the architect, inspired by the seashell.

Completed in 2007, the social life within the housing flows without divisions, with furnishings that are part of the same house, making its inhabitants and guests are integrated and part of natural feel, like a snail indweller.

The rounded shapes and curves mimic the architecture and reinterpret the shells of the nautilus, cephalopod that give a name to the residence. The shells of the nautilus, and inspire protection are synonymous with perfection as the spiral of its shell responds to a mathematical logarithm, having influenced inventors like Robert Fulton, creator of the submarine, or writers like Jules Verne.

This is a free expression of space, in which the main concept is that inside is an organic housing. 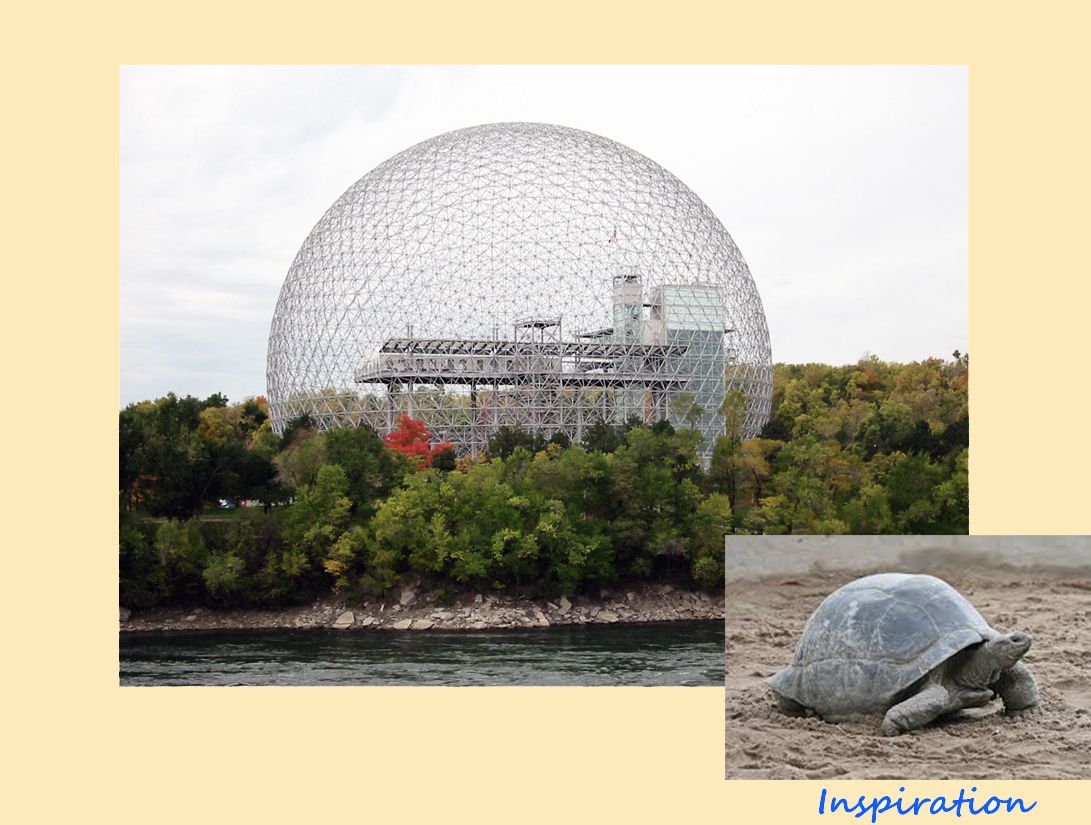 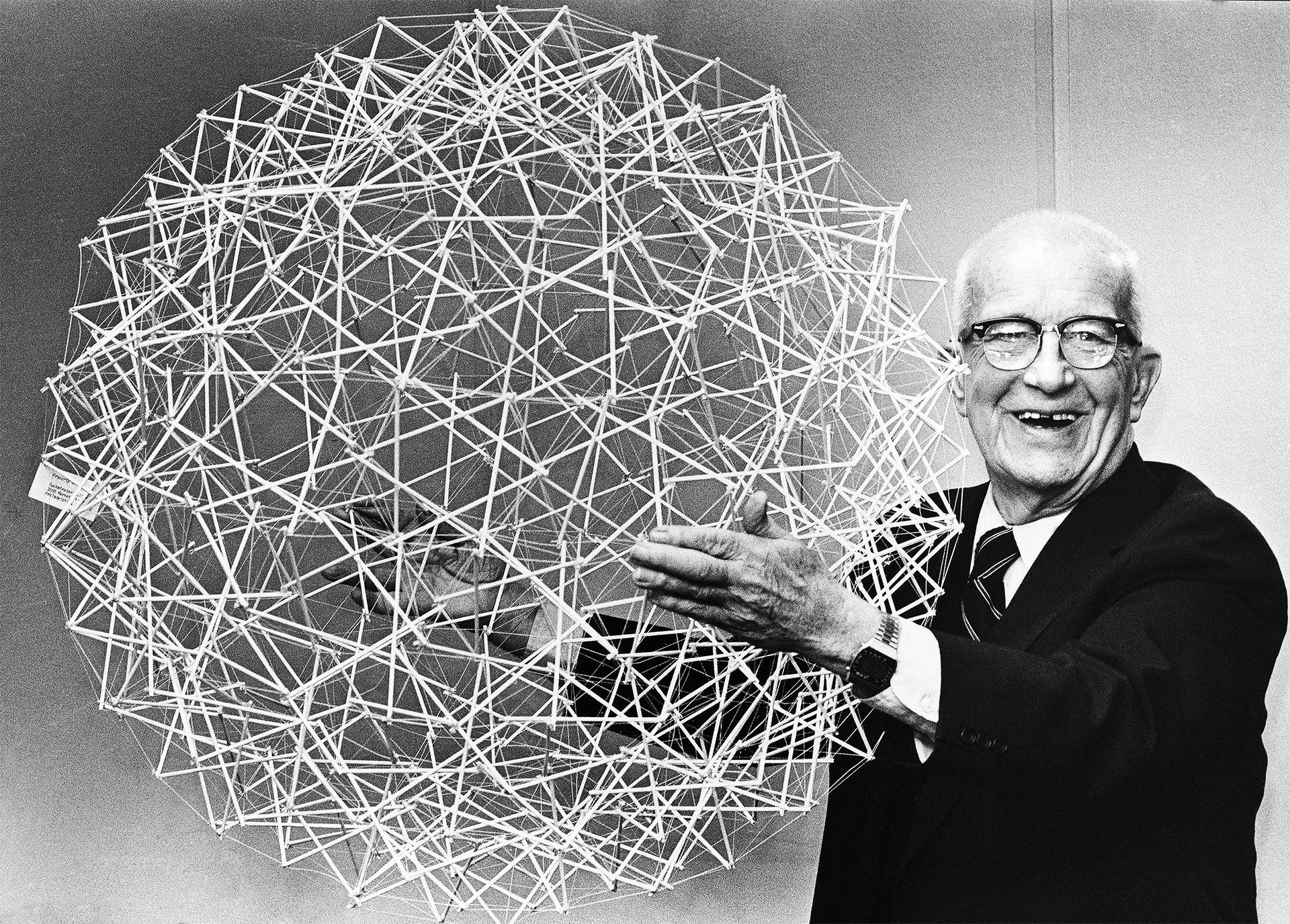 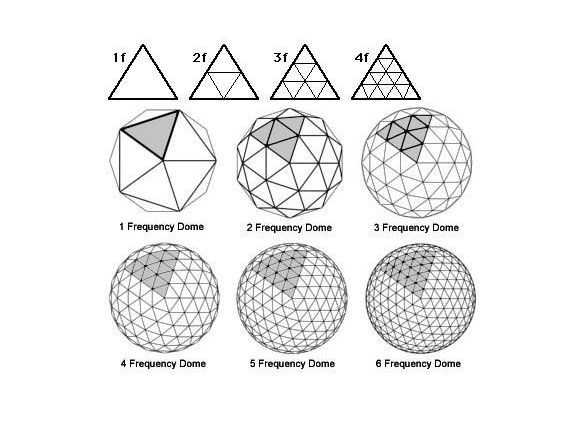 “The purpose of our lives is to add value to the people of this generation and those that follow” – BUCKMINSTER FULLER.

A spherical shell structure based on a network of great circles. One of the ways Buckminster Fuller would describe the differences in strength between a rectangle and a triangle would be to apply pressure to both structures. The rectangle would fold up and be unstable but the triangle withstands the pressure and is much more rigid–in fact the triangle is twice as strong. This principle directed his studies toward creating a new architectural design, the Geodesic Dome, based also upon his idea of “doing more with less.” Fuller discovered that if a spherical structure was created from triangles, it would have unparalleled strength. How nature’s geometrical pattern can be applied to the design of structures within human society and by doing so could create huge advantages. What a wonderful contribution of genius mathematics. 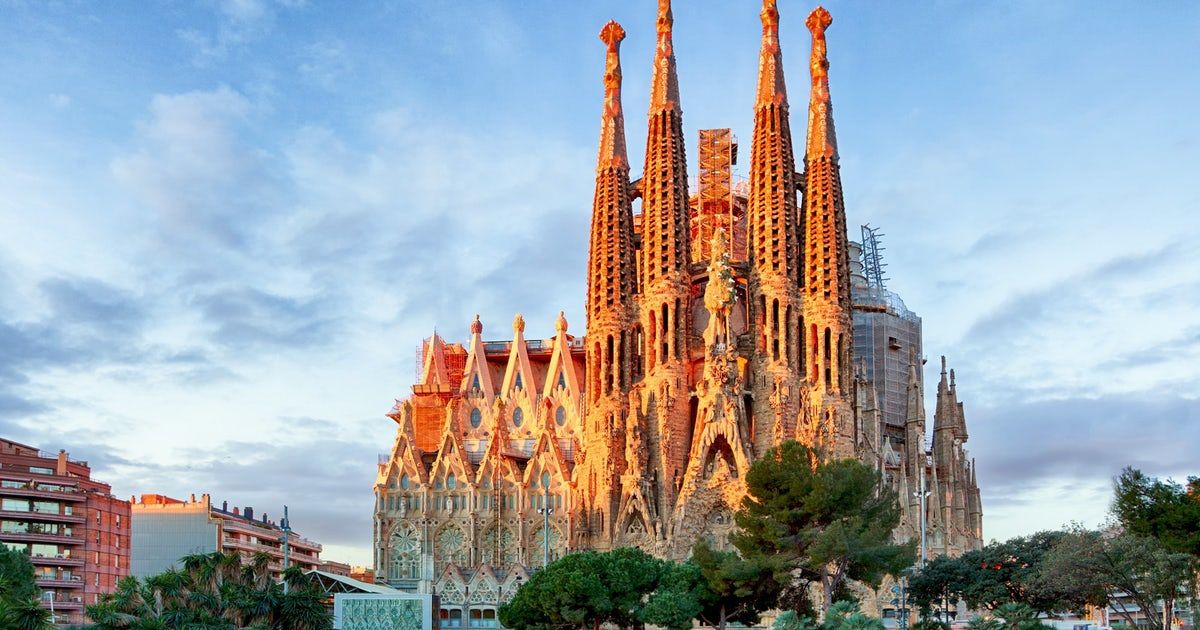 Following are the Inspirations 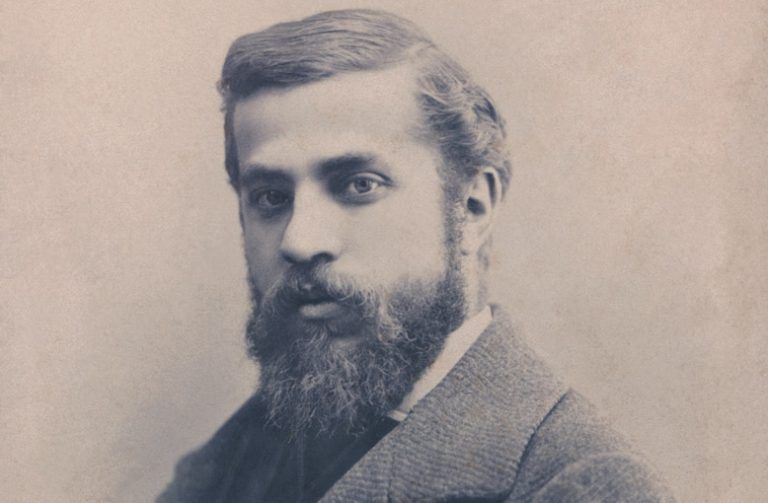 One of Antoni Gaudi’s most famous and often-repeated phrases was, ‘originality is returning to the origin.’

Sagrada Familia that the best work of Gaudi till date and his last, was all inspired by nature. The columns of Sagrada Familia resemble trees and  into certain branches at certain heights. Each branch of and column itself supports one section of the structure.  similar to a Magnolia leaf, in the form of a conoid. There are turtles supporting the bases of columns, staircases that resemble ammonite mollusks, and the ceiling of the main chamber of the church gives visitors the impression they are standing beneath the canopy of majestic forest, with light pouring in from small holes all over. Structural elements inspired by nature include catenary arches, spiral stairways, conoid-shaped roofs, and a new tree-inspired column that uses hyperbolic paraboloids as its base. Everywhere you look in Gaudi’s work, nature has left her mark. 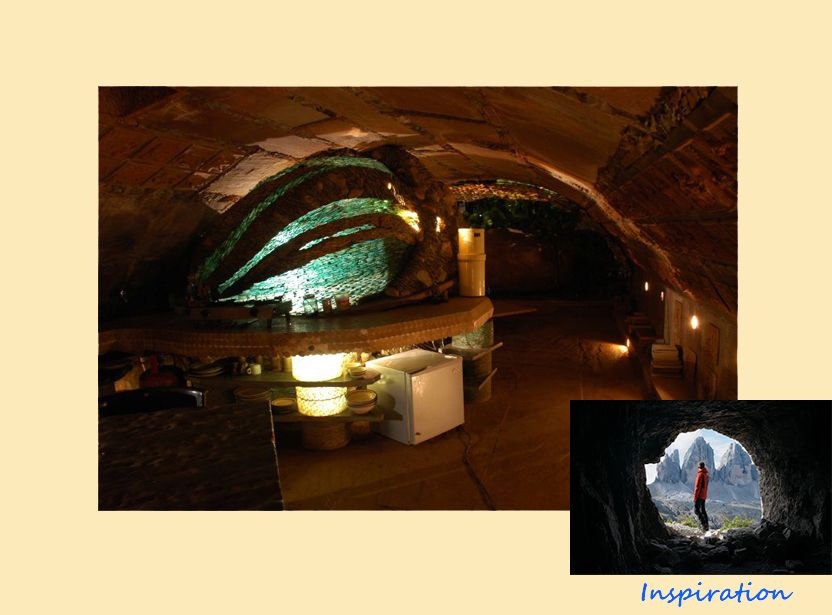 The Madh Island bungalow is given the look of a primitive, cave-like place with rustic surface treatment and dim, natural-looking interiors. Nari has given it a natural feel by providing earth-filling strips planted with vegetation.

As Nari Gandhi often did, he has experimented a lot with unusual design and unusual materials here as well. The glass skylight domes of the roof garden were constructed using stained glass, marble, broken glass chips, and believe it or not, broken beer bottles! Stone is found all over the bungalow in countless varieties- it’s used as a cladding material for inner arches of the vaults, as the flooring material for major areas, and also as broken stone chips glued to cement-coated surfaces. 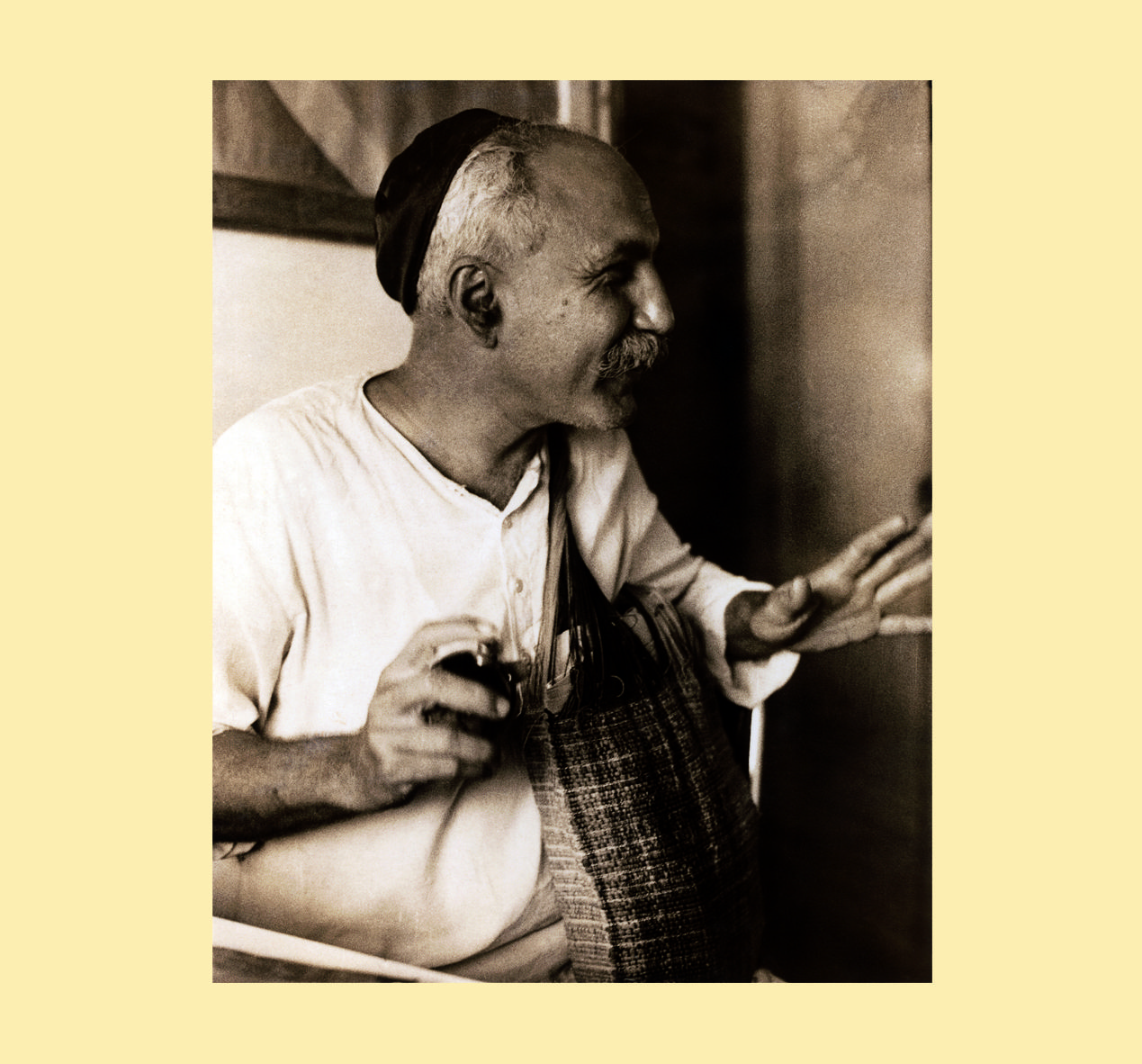 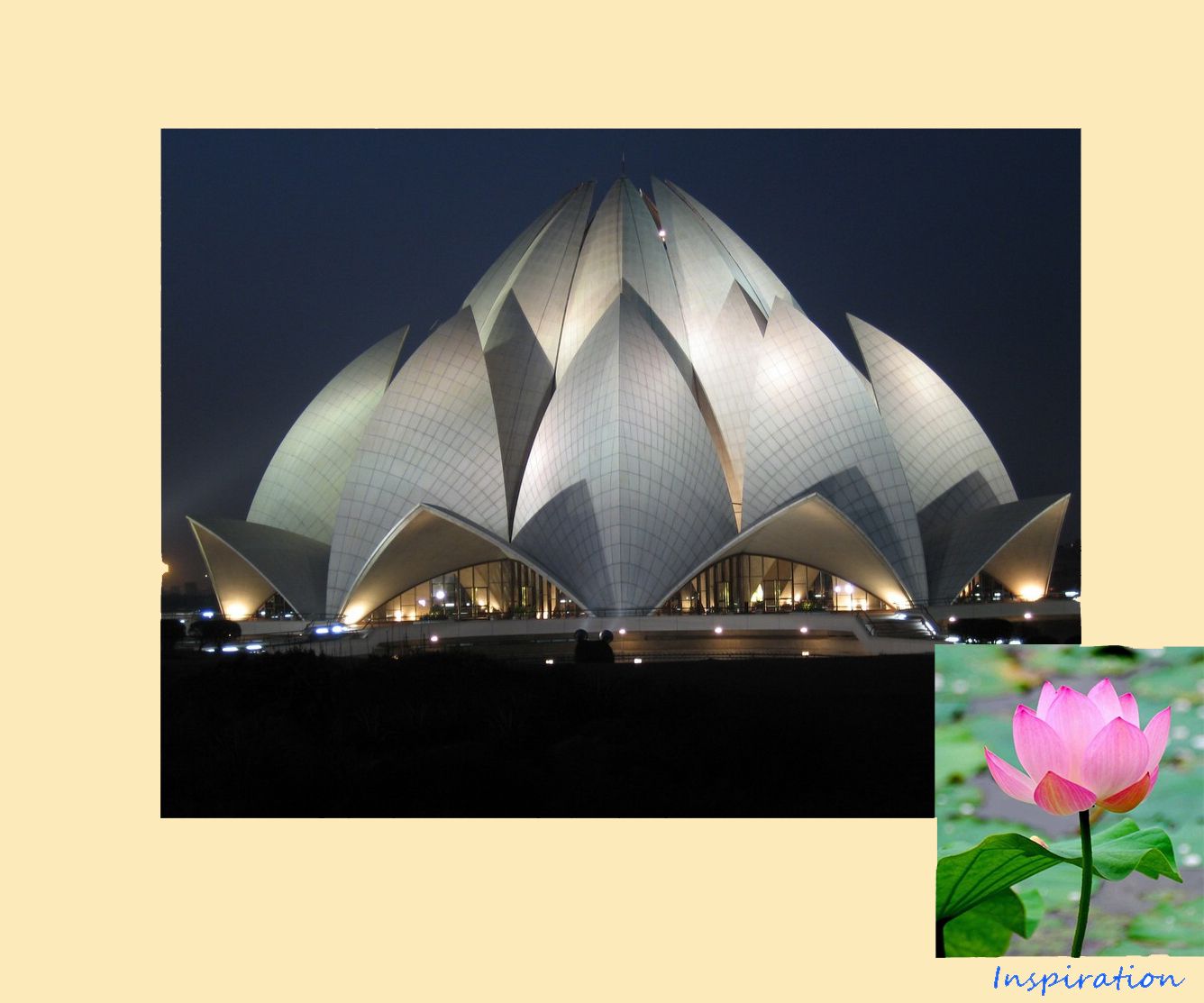 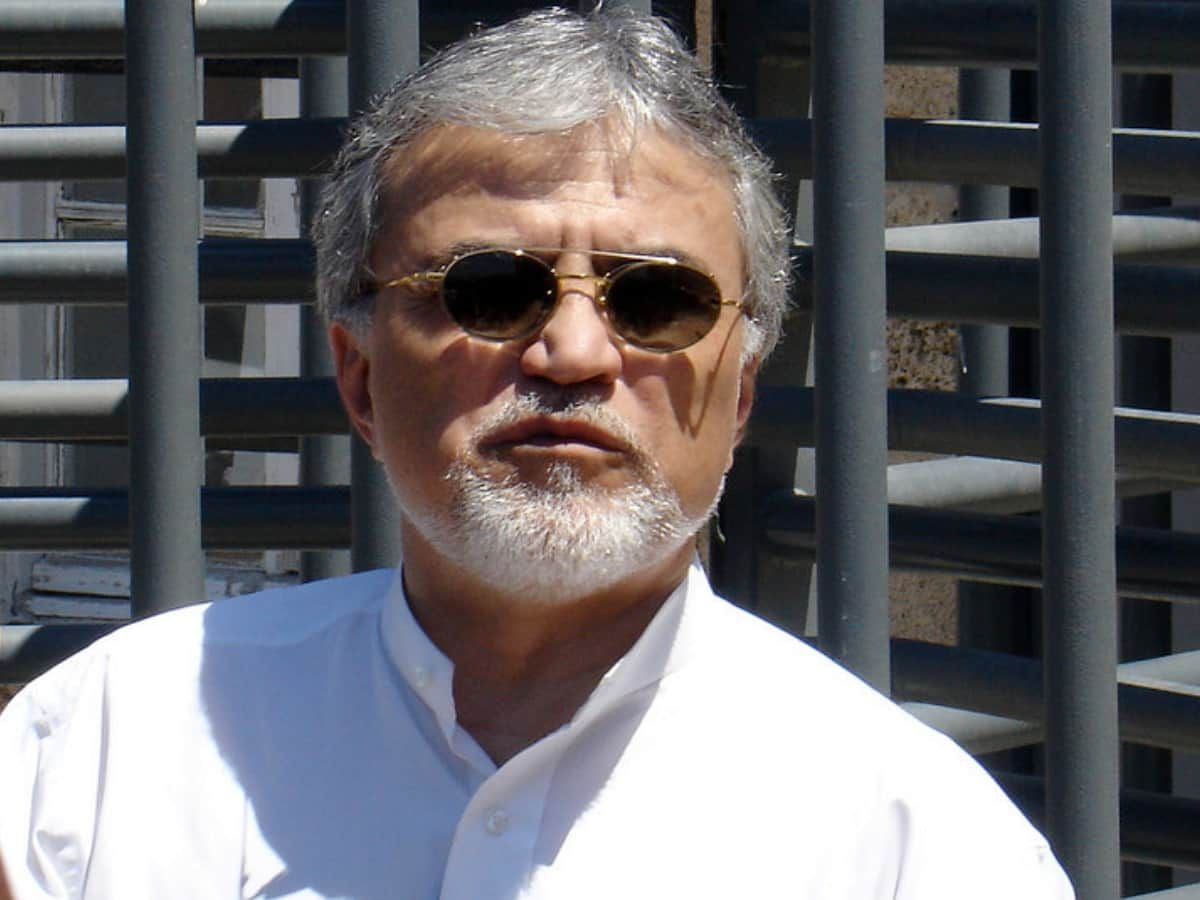 Shaped like a giant lotus flower, this modern architectural wonder was designed by Iranian-Canadian architect Fariborz Sahba. It is a Bahá’í House of Worship, meaning worshipers of all denominations are welcomed.

According to the architect, the Lotus flower represented by the form of the building represents that idea that ‘out of the murky waters of our collective history of ignorance and violence, mankind will arise to inhabit a new age of peace and universal brotherhood’.

In accordance with the architectural principles stated by Abdu’l-Bahá, the son of the founder of the religion, the building is a nine-sided circular shape made up of 27 free-standing marble clad ‘petals’ arranged in clusters of three. 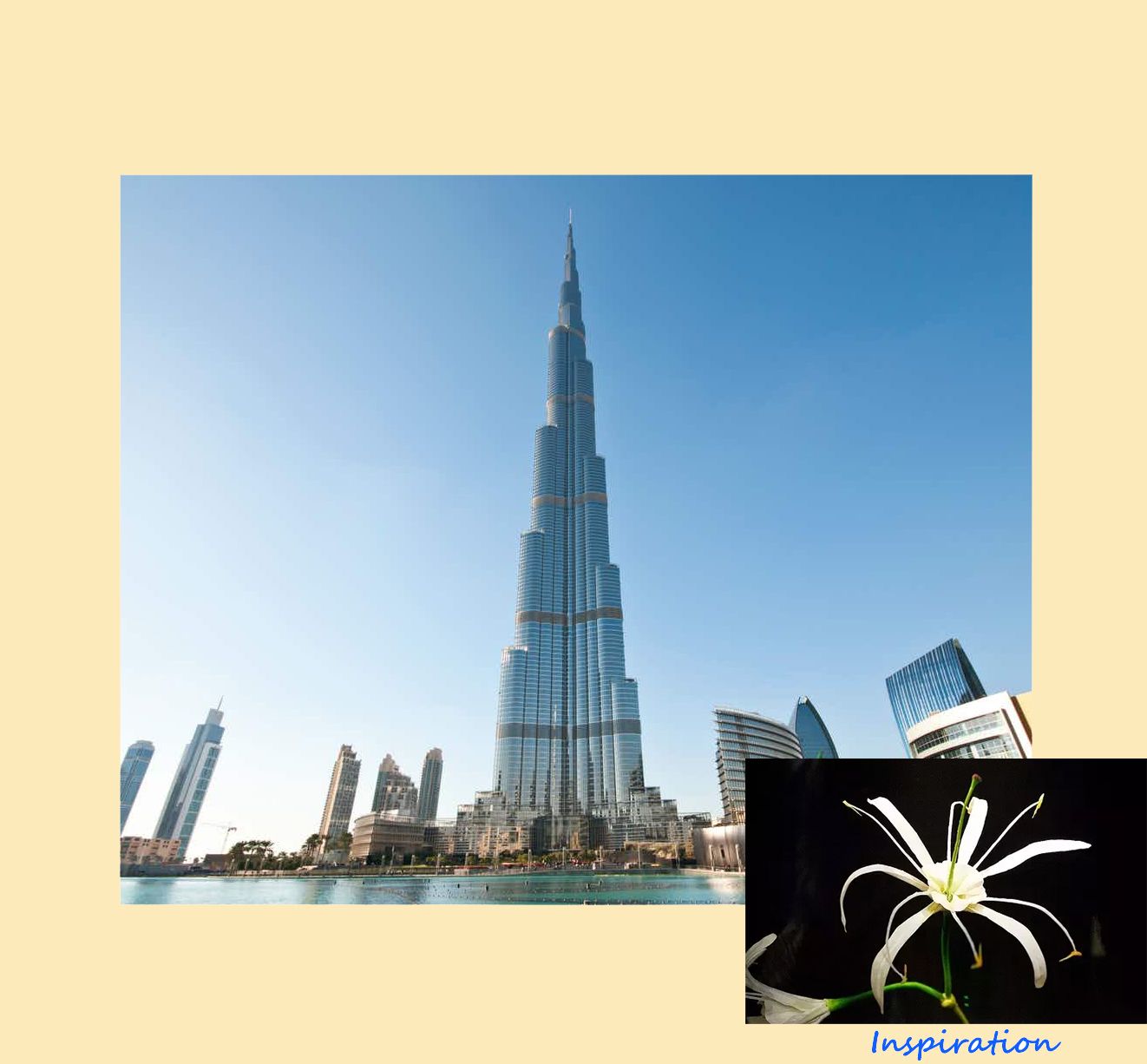 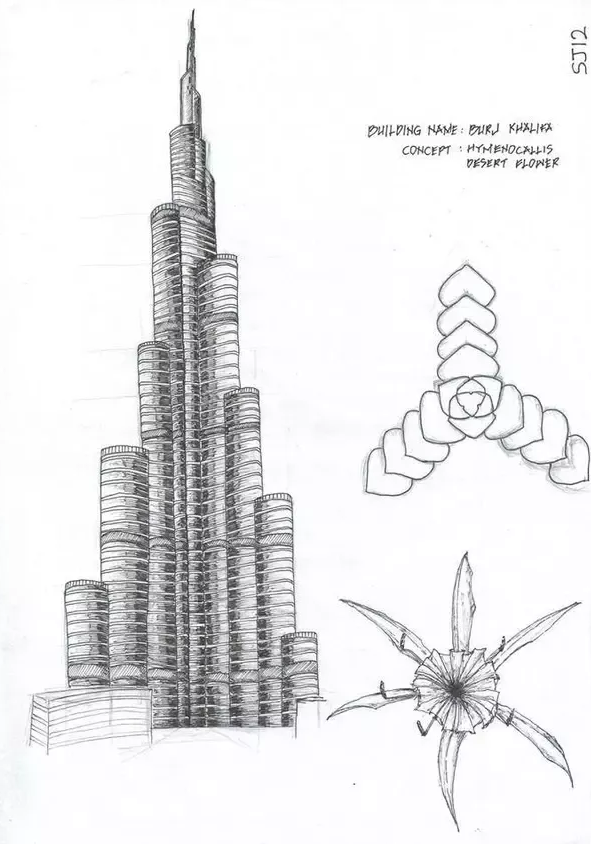 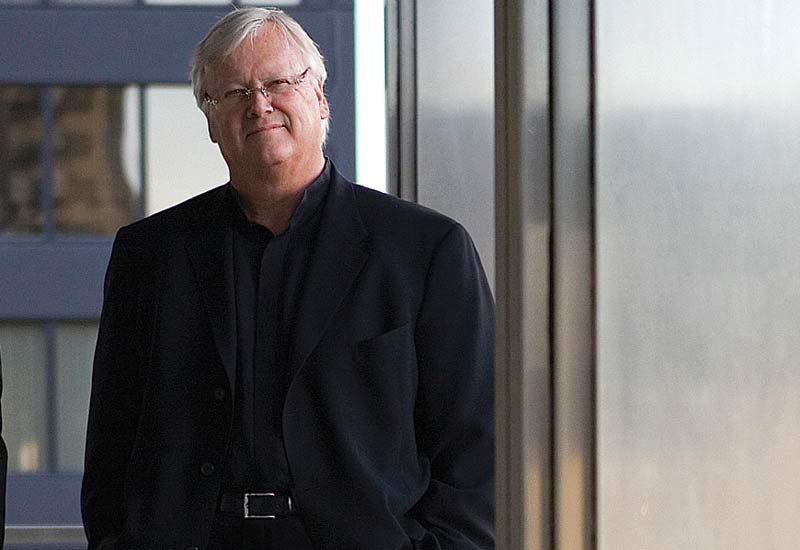 Soaring 828 meters above the metropolis of Dubai, the Burj Khalifa is the world’s tallest building. . The concept of this building by a flower HYMENOCALLIS’. This flower has thin white petals elegantly tapering outwards from a central core. As the tower rises from a flat base, setbacks occur in an upward spiralling pattern, reducing the building’s mass as it reaches skyward. At the pinnacle, the central core emerges and forms a spire. 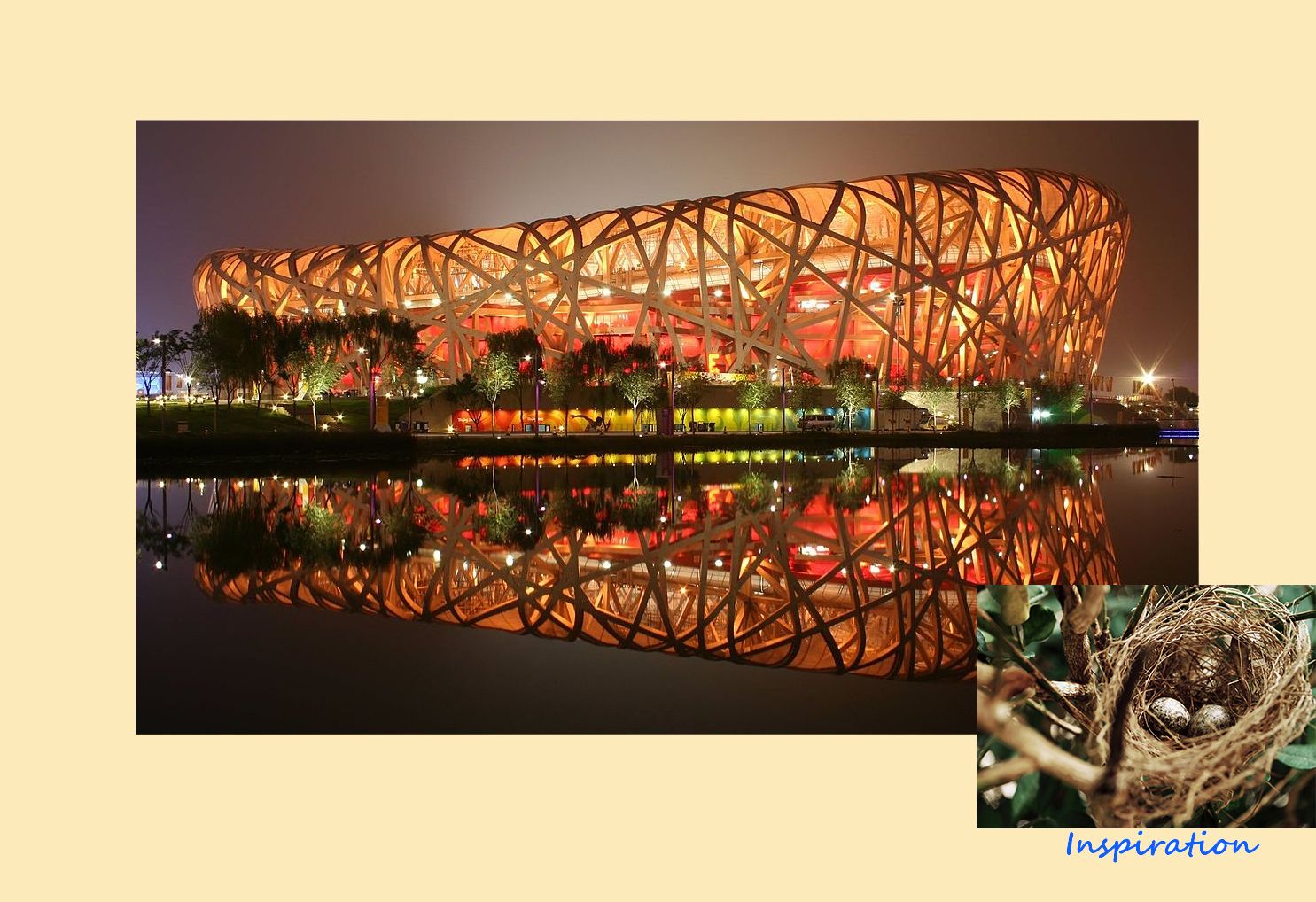 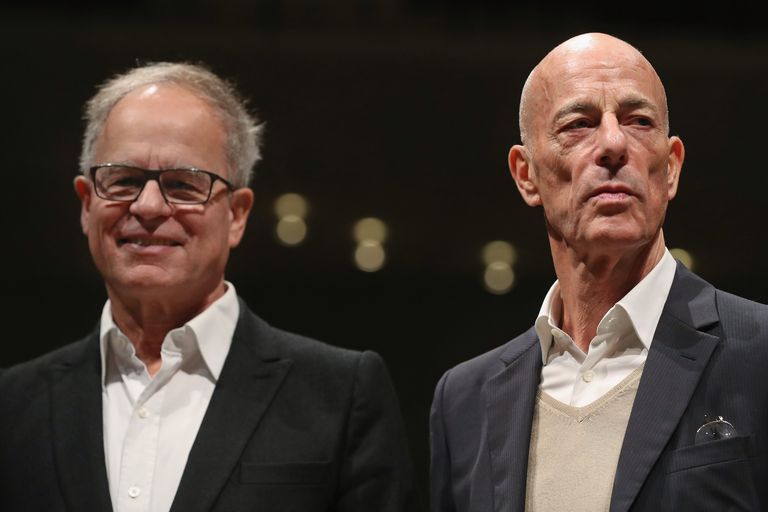 This magnificent stadium, popularly known as the “bird’s nest” from the tangle of twisted metal pieces that make up its architectural structure, with the primary of being the main stage of the Olympic games, the opening and closing ceremonies, and some parties in the Olympic Football Tournament at the 2008 Beijing Olympics.

The Stadium, designed by Swiss Jacques Herzog and Pierre de Meuron in collaboration with Arup Sport and China Architecture Design & Research Group, won the international convened in 2002 precisely because of the original settlement proposal, inspired by the plot of a nest and made up a myriad of twigs and entanglement.

. The architects have  the concept so that their work on the project soon gained the nickname “bird’s nest” almost spontaneously among the Chinese population.

The design on the nests of birds, not only aesthetically but also at a structural level. The entire structure, visible from the outside, mirrors the branches of the nests that working together with each other achieve unimaginable resistance to the elements.
At the center of the area that also houses other Olympic structures, the stadium seems to like a spaceship, with a quiet majesty whose appeal by its slight undulation. 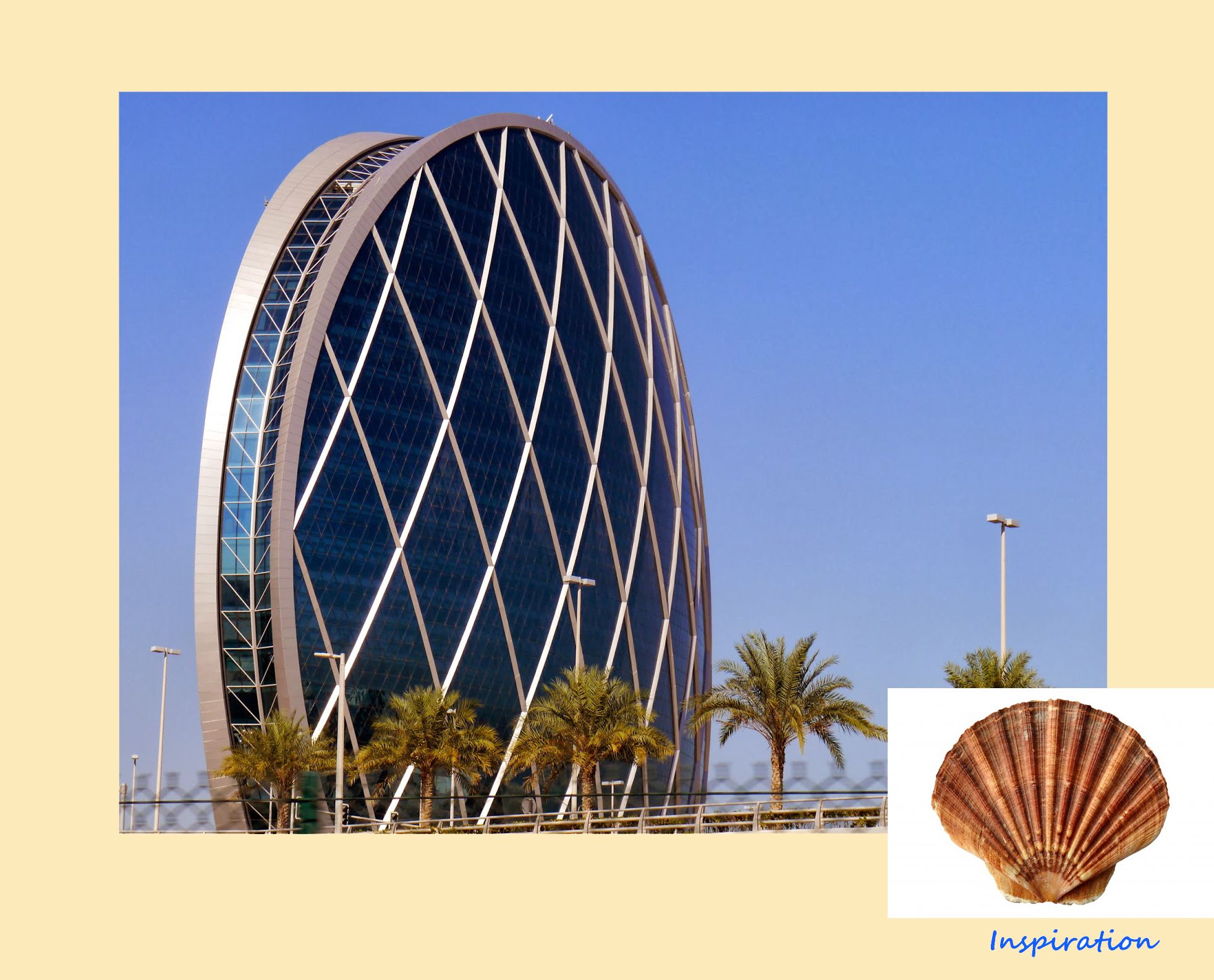 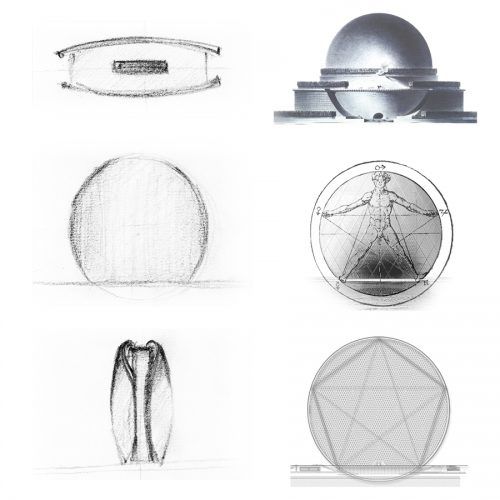 Inspired by the clamshell that has a deep meaning for Abu Dhabi with its maritime heritage and the symbolism of the geometric round shape, the architect imagined two giant circular curved walls of glass that evoke an open shell. This thinking was born a pure, geometric but ambitious: a skyscraper round with a curved glass skin. 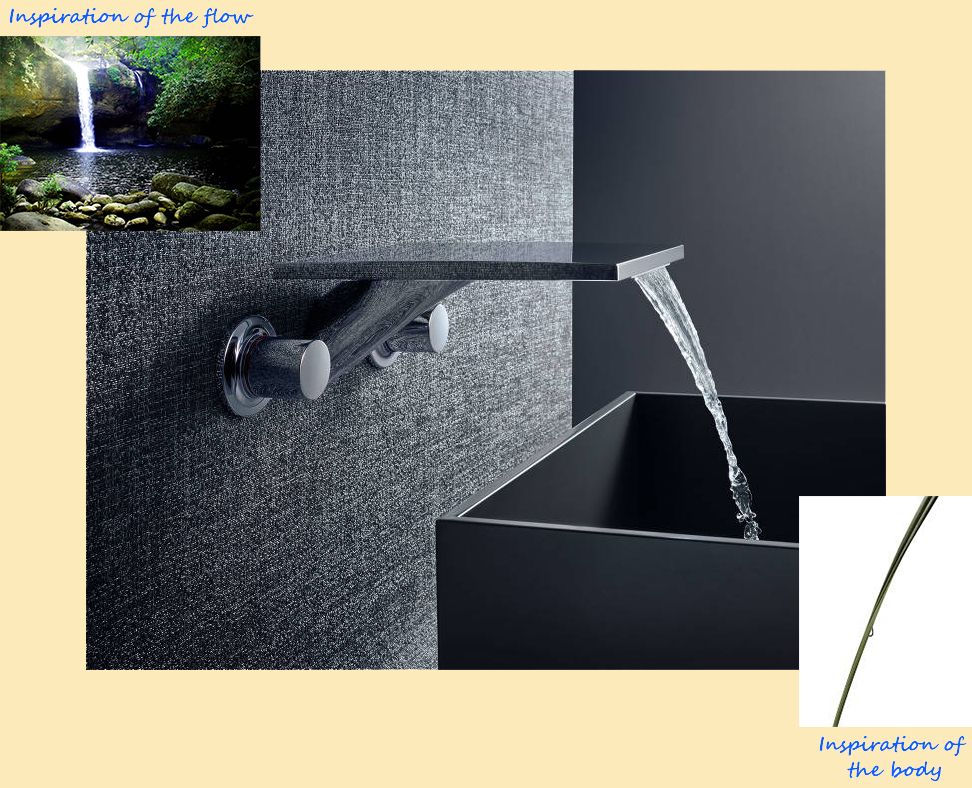 Water, the principle of all things. Also, a source of well-being and serenity. The collection perfects the bond between man and nature. Consistently adhering to the principles of organic architecture. The body by a blade of grass and the sprays like a natural waterfall. A waterfall directly from the shelf seems as if directly out of the wall. With the form of the products, you can recognize the gently curved line of a blade of grass and observe water falling as naturally as if from a spring. In between clear, geometrical forms and ingeniously hidden technology lies Massaud. 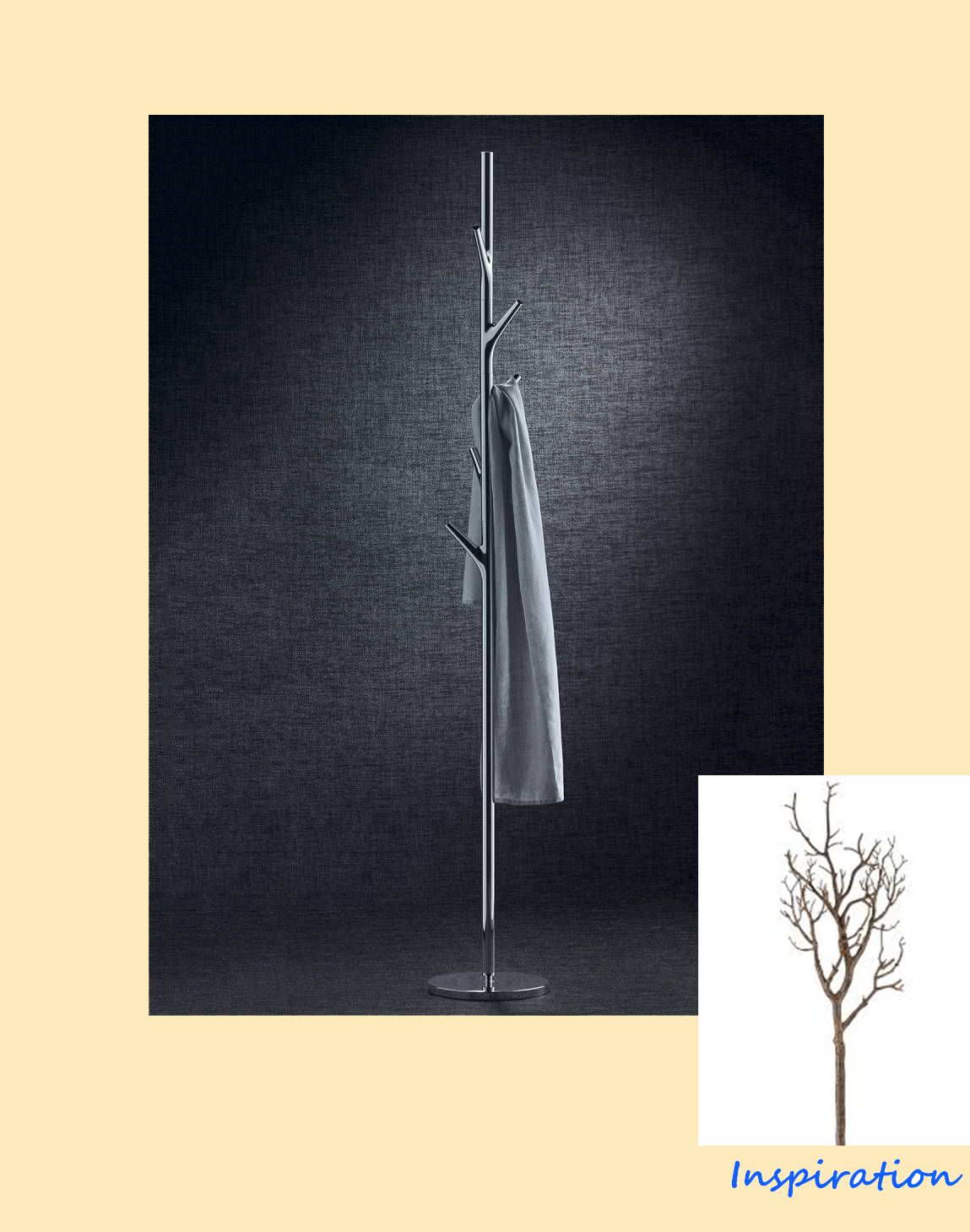 The towel rack resembles a branch. 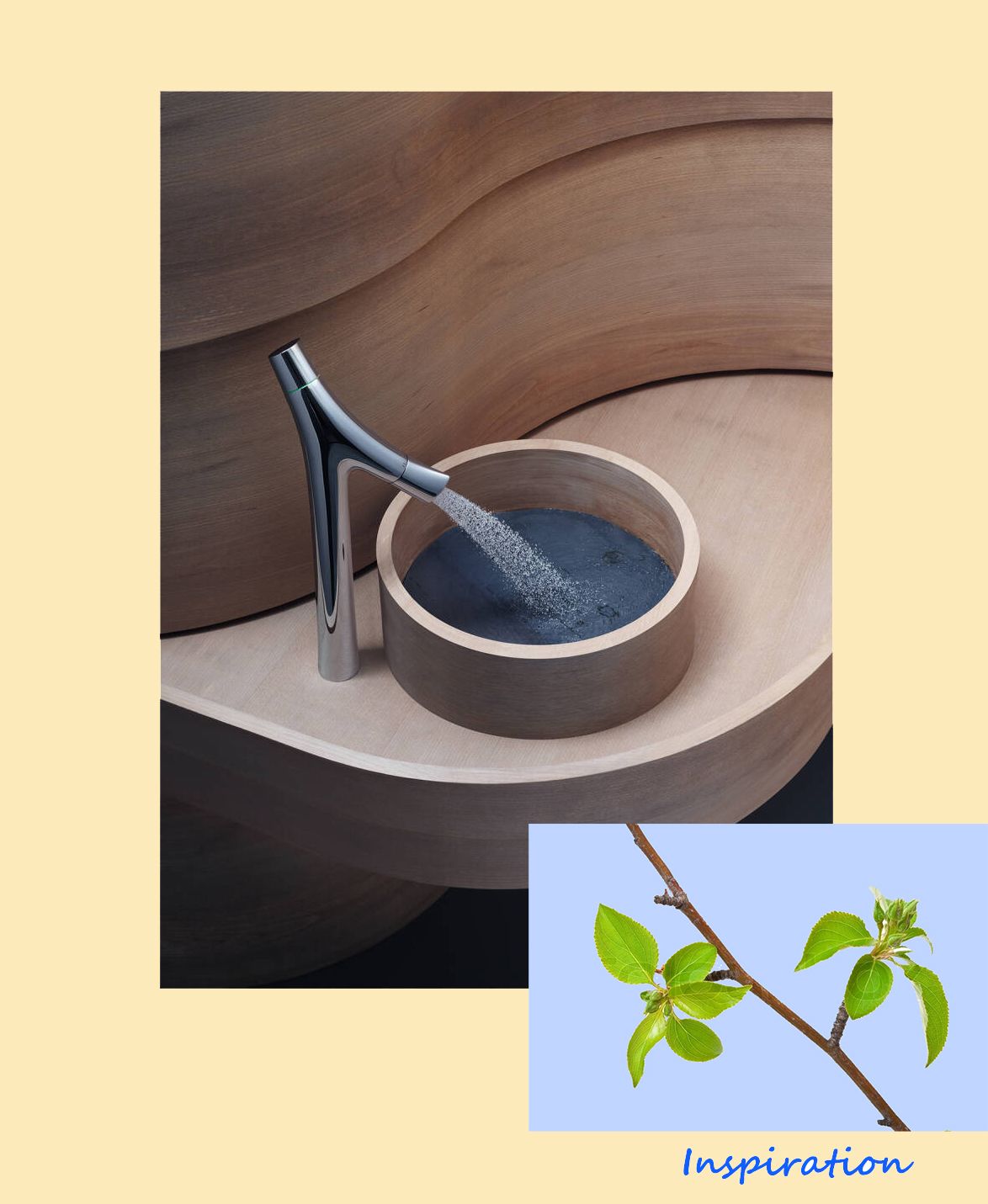 AXOR Starck Organic is a tribute to the natural world in organic design. Taking the natural world as inspiration in its beauty and efficiency. AXOR Starck Organic combines both, consistently in avant-garde fashion. Sculptural in appearance. In sensuous, organic shapes. In the water arrangement, the Axor Starck Organic’s handle – one for water volume and one for temperature- merge seamlessly with the fixture body, like a tree branch.  And in the minimalist use of resources. Revealing the best of nature. Perfection. 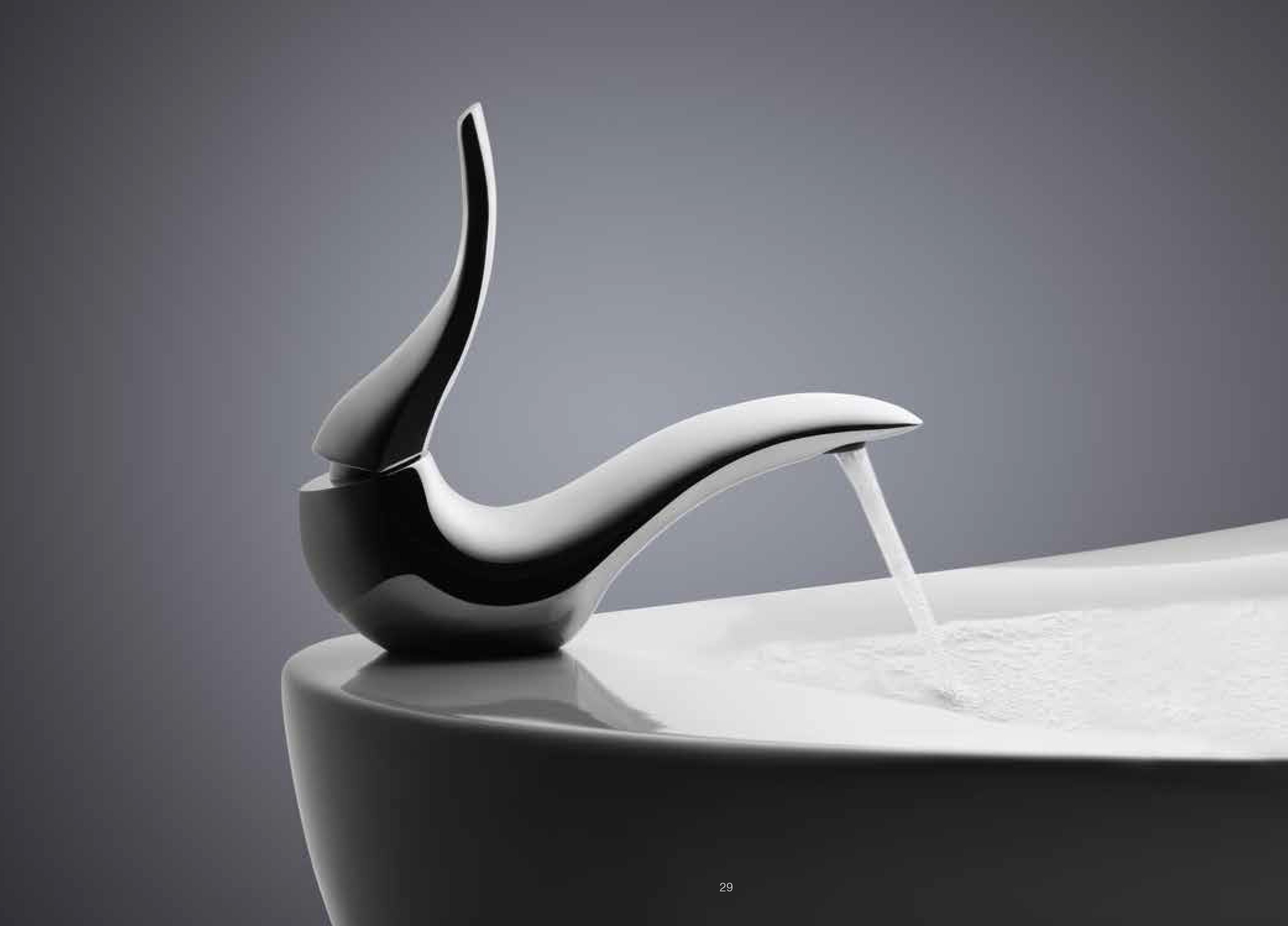 A signature product like the Tailwater faucet, calls for ceramics that do justice to its iconic design. Envisioned by London firm Danelon Merloni, is inspired by the abstract visual of a bird perched at the edge of a pool. The sculptural brass fitting’s tail act as a mixer lever and follows the line of the spout, creating a graceful arc. Uniting lever spouts in a single form, the curved lever is both intuitive and inviting to the touch. We think of tailwater as a unique and graceful sculpture that functions perfectly. It’s an award-winning signature product like no other.

5. FAUCETS, WASHBASINS AND WC’S BY STERNHAGEN 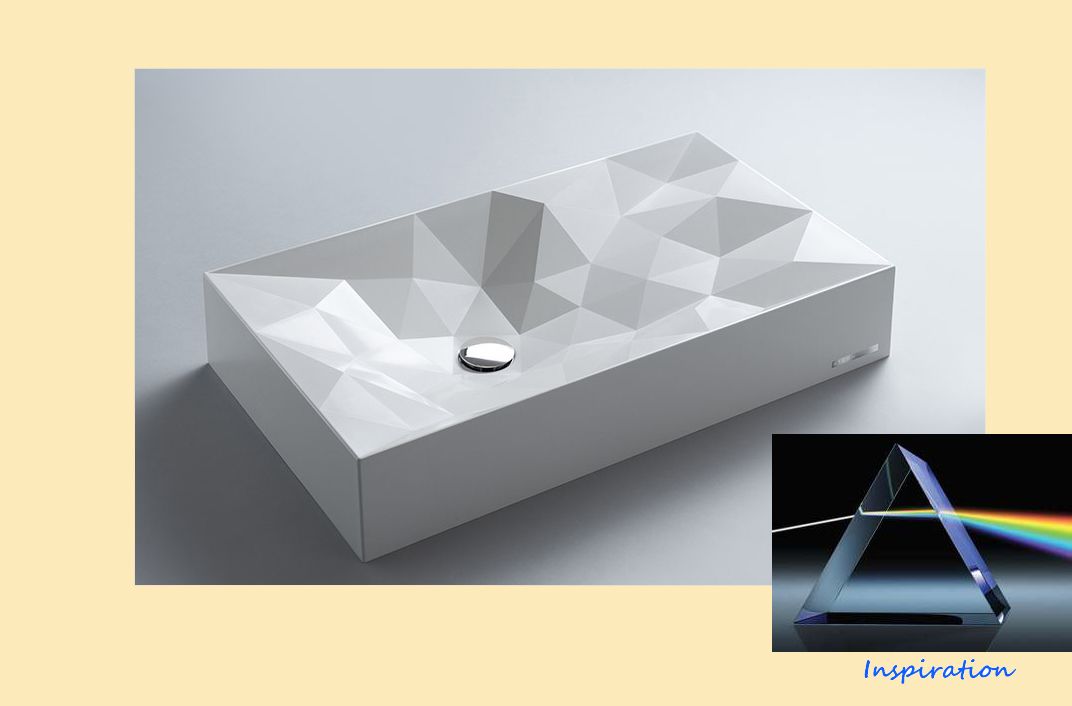 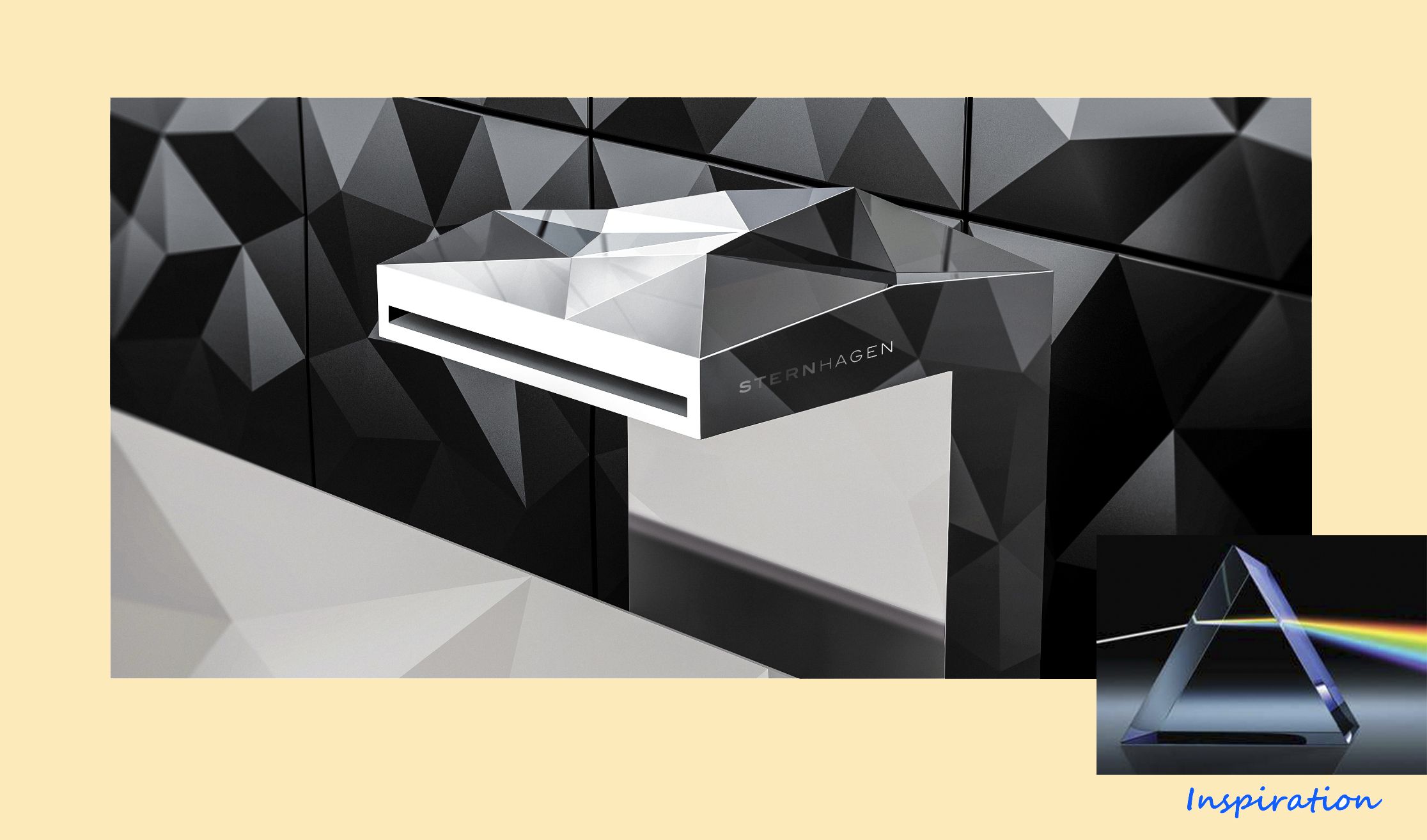 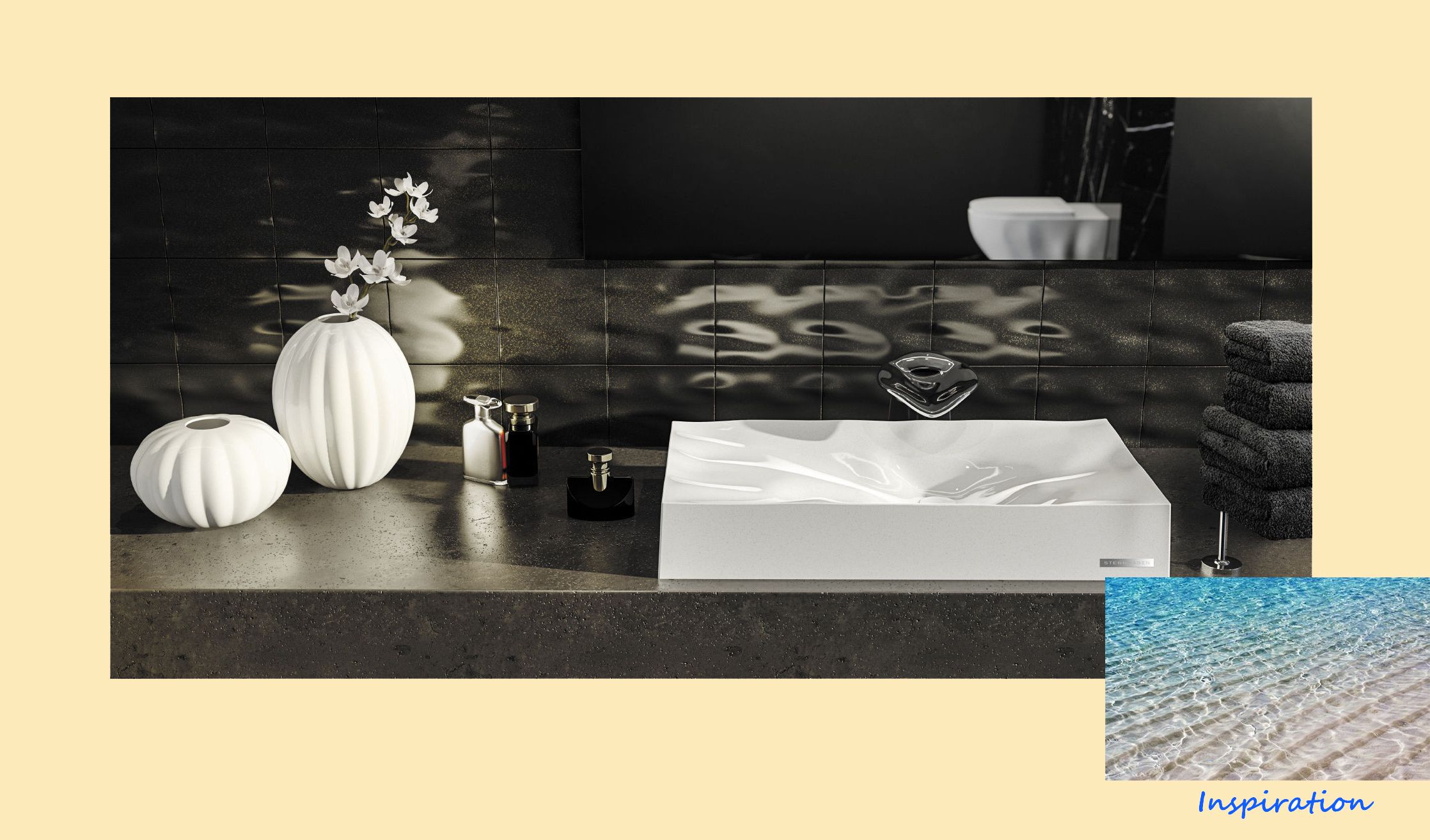 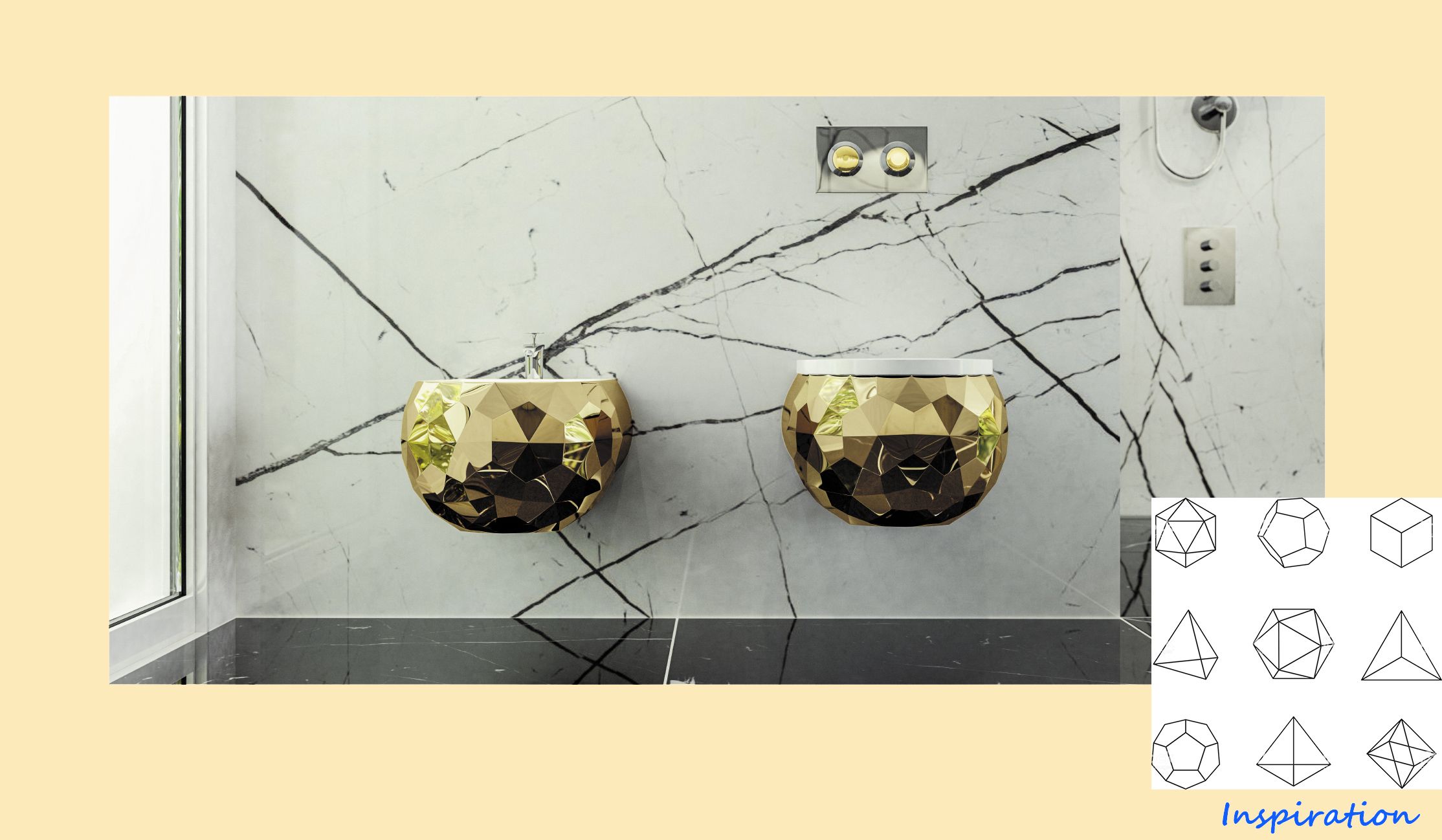 Basins tend to be one of the most underrated elements in a bathroom. So perhaps it’s time you upgraded this component of your daily routine. The German label Sternhagen’s new range of premium basins are to die for. Their seven distinctive offerings include Pent, Kristall, Dune, Golden Cut, Seerose, Kirs and Sand, each named after the inspiration it took cues from.

While Kristall makes rays of light reflect and refract on every cut and corner, Dune takes the form of ripples on the ocean floor or sand-swept desert. The beauty of Pent basin is drawn from the geometric shapes that naturally exist in the world. Available in monochrome hues and edgy shapes, these would be ideal for a contemporary wash space.

6. MY NATURE BY VILLEROY & BOCH 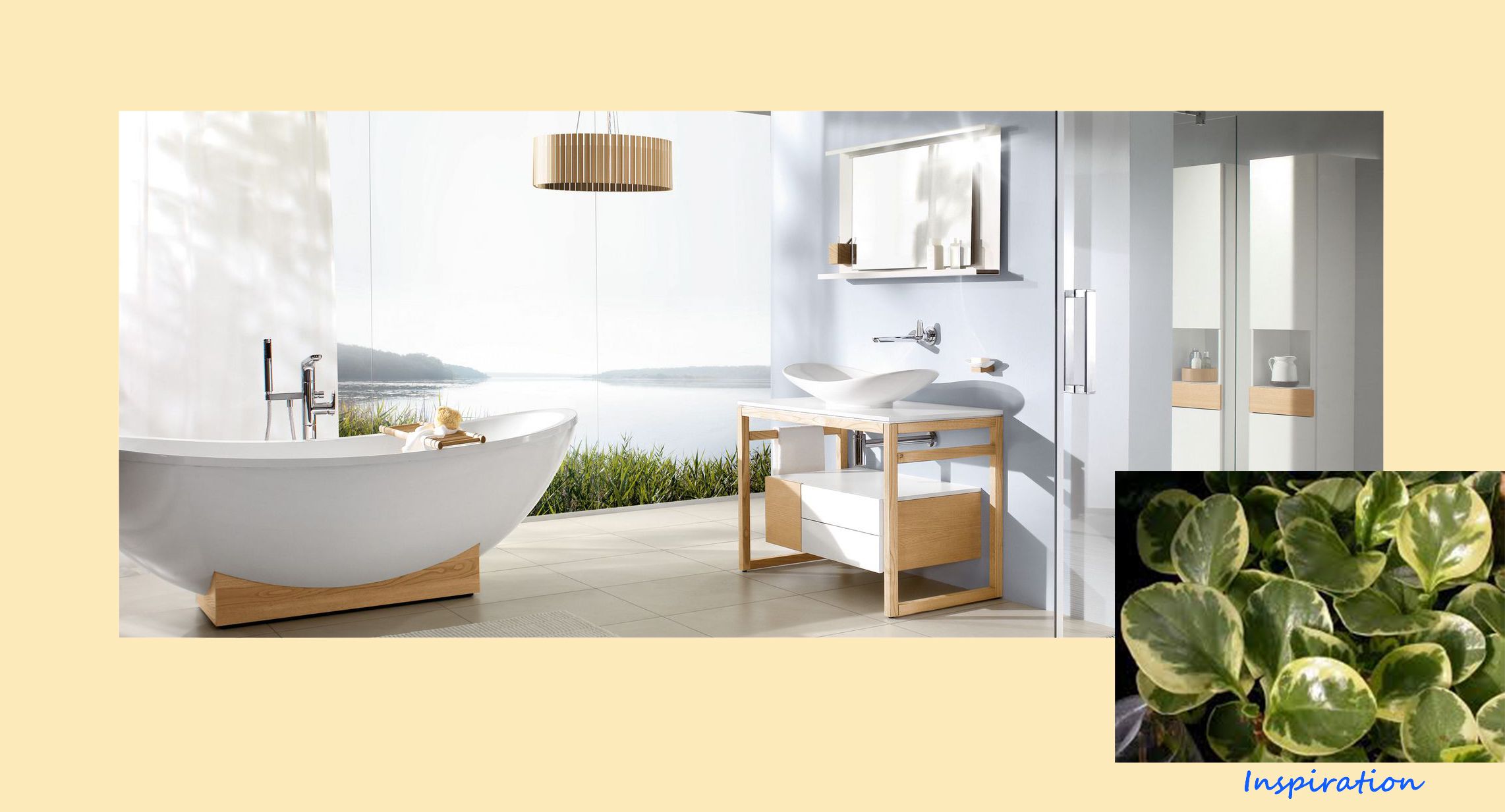 The My Nature bath collection from Villeroy & Boch is characterised by the longing for a natural airiness. Every product in the My Nature Collection combines the dynamism of nature with sensuous airiness. The softly curved forms in the My Nature wash basin project an aura of natural purity. The soft curving shape of the baths, combined with natural wood gives the design a unique and harmonious airiness. The modern interpretation of natural forms and materials invites users to linger and relax. Sensuously light, the forms of the My Nature baths create a sense of release and relaxation, and complete bathing enjoyment.

All these designs and trends are accessible at G. H. KARIA.

Come and experience a new beginning with us.

G. H. KARIA, a 60 years old establishment catering to the needs of the Projects and Retail customers in Bathrooms, Kitchens, Surfaces & Floorings industry; moving forward with an extension into a new segment in UPVC windows & doors.

A visit to the G. H. Karia in Mulund, Navi-Mumbai and Ulhasnagar showcases a view of an impressive line-up of various international brands catering to everyone’s needs.

Connect with us to help you serve better.

READ MORE:  Have a look at these Earthy Tones to redesign your home.